The state of Texas should cover residents’ huge energy bills from last week’s power outages, the mayor of Houston said 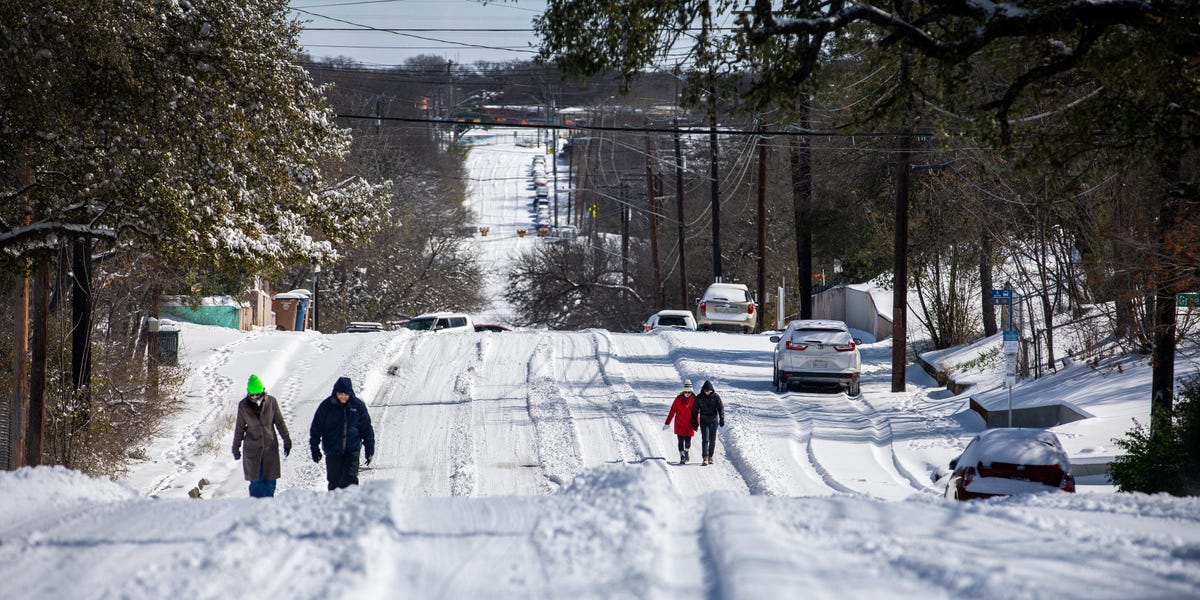 US officials are calling on the state of Texas to pay residents’ hefty utility bills, following winter-storm power outages that left millions without electricity or clean water.

When freezing weather hit Texas on Monday, February 15, energy sources including natural-gas plants went offline and demand for electricity soared as people tried to stay warm. This caused a huge shortfall in energy, and the wholesale price of electricity surged 10,000%.

Some Texans were billed $5,000 for less than a week of electricity during the blackout. One Texas veteran living in Dallas told The New York Times he’d received a $16,000 electricity bill.

In an interview with CBS’ “Face the Nation” on Sunday, Houston mayor Sylvester Turner said that Texans “getting these exorbitant electricity bills … should not have to bear the responsibility” of paying them.

“Those exorbitant costs should be borne by the state of Texas and not the individual consumers who did not cause this catastrophe this week,” he said.

Texans with fixed-rate plans won’t be hit by the soaring electricity prices. But residents whose plans are tied to the wholesale market rate are seeing five-figure bills.

Turner said the Texas grid wasn’t primarily designed for winter blizzards. He added that climate change was happening and “major storms can happen at any time.”

“All of what happened this past week was foreseeable and preventable,” Turner said.

Texas Senator Ted Cruz, who has been criticized for flying to Cancun to escape the Texas storms, echoed Turner’s comments in a tweet on Sunday. “No power company should get a windfall because of a natural disaster, and Texans shouldn’t get hammered by ridiculous rate increases for last week’s energy debacle.”

Federal emergency funds to help residents recover from the storms will also be put towards the costly bills, Texas Rep. Michael McCaul told CNN on Sunday.

The extortionate energy bills prompted the Texas Gov. Greg Abbott to meet with local lawmakers Saturday. “Texans who have suffered through days of freezing cold without power should not be subjected to skyrocketing energy bills due to a spike in the energy market,” Abbott said at the meeting.

Following the meeting, regulators said Sunday that electricity companies were temporarily banned from cutting off Texans who haven’t paid their energy bills yet.

On Saturday, President Joe Biden declared the storms a major disaster in Texas, allowing people in dozens of counties in the state to apply for federal funding.